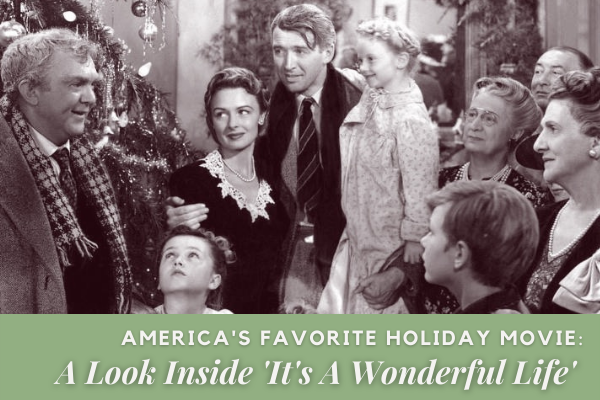 Voted the most inspirational film ever made by the American Film Institute, Frank Capra’s It’s a Wonderful Life has been a beloved Christmas classic for many generations.

The snowbound streets of Bedford Falls, the desperate travails of George Bailey, and the discovery of Zuzu’s petals have become traditional signatures of the holiday season. Yet when the film was released in 1946, it was a box-office flop, won no Academy Awards, and was largely forgotten—until it was rediscovered through endless airings on local TV stations beginning in the 1970s and on annual Christmas eve broadcasts on NBC starting in 1992.

Join us virtually at 4:00 p.m. on Sunday, December 12, as we host Brian Rose, professor emeritus at Fordham University, to examine the fascinating story of It’s a Wonderful Life, the challenges of how it was made, what it says about the problems of post-war America, and how it became the ultimate portrayal of holiday goodwill and cheer.

BRIAN ROSE is a professor emeritus at Fordham University, where he taught for 38 years in the  Department of Communication and Media Studies. He’s written several books on television history and  cultural programming, and conducted more than a hundred Q&A’s with leading directors, actors, and writers  for the Academy of Motion Picture Arts & Sciences, the Screen Actors Guild, the British Academy of Film and  Television Arts, and the Directors Guild of America.