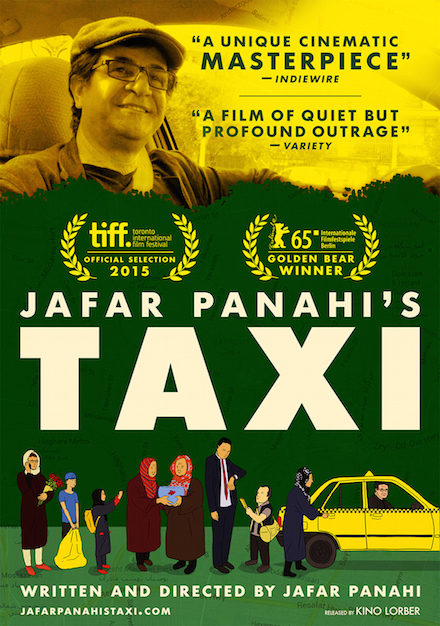 Banned by the Iranian government from filmmaking and under house arrest since 2010 on the grounds of political dissent, Jafar Panahi clandestinely produced and directed this film by posing as a taxi driver in Tehran. With a dashboard-mounted camera that he passes off as a security device, Panahi meets strangers, acquaintances, and even a relative. It’s a film that exudes love of the long-unseen face of the city and joy in merely being outdoors—and in moviemaking itself. Through a series of portraits of everyday characters hiring his driving services, the film documents the challenges that Iranians face.