Garbo Film “Ninotchka” with an introduction by Robert Dance 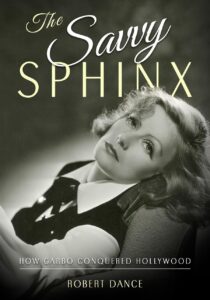 Please join us for a screening of Ninotchka, starring Greta Garbo, on Friday, April 8, at 7:00 p.m. at the Library. The film will be introduced by film historian Robert Dance, whose book The Savvy Sphinx: How Garbo Conquered Hollywood has recently been published. From the late 1920s through the thirties, Greta Garbo (1905–1990) was the biggest star in Hollywood. She stopped making films in 1941, at only thirty-six, and thereafter sought a discreet private life. Still, her fame only increased as the public and press clamored for news of the former actress. In his book, Dance traces the strategy a working-class Swedish teenager employed to enter motion pictures, find her way to America, and ultimately become Hollywood’s most glorious product.